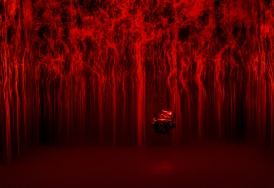 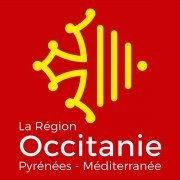 FLESH from dautrescordes on Vimeo.

*Corner of the critics

"Beyond a storyline, Flesh a non narrative performance, invites to an experience and to compose an opened meaning. It’s also an aesthetical adventure with new sensations made possible by new technologies. Total work of arts where digital art, primitive and contemporary meet, Flesh is all along questioning man’s role in this world, who despite technology is always surpassing it" – Eric Demey, La Terrasse.

A car leaves the road and dives into a strange and wild dimension, buried as if out of time. Little by little, the topography of the place, where real and unreal seem to merge, is revealed.

Drawing both from the world of the English writer J.G. Ballard (author of "Crash" and "Concrete Island" in particular) and from the personal experience of a road accident, "Flesh" explores the exact moment that follows the shock, the short instant where time seems to stop or expand. The moment where the mind detaches itself from the body, to reveal a panoramic view of a surrealist scene. Vehicle carcasses take the form of moving objects, motorway viaducts become gigantic Golems, car engines appear to levitate over a sea of ice. And on this flow of images and sensations, the spectator experiences what a driver experiences as he crosses an unknown dimension.. a truly hallucinogenic journey.

Between electronic opera and an audiovisual experience, Flesh is a musical and visual art form as well as a dance/movement performance, a moving painting whose meaning is revealed in the experience and the emotion it creates.

Franck Vigroux is one of the few artists who is both a musician and a director. As a composer-performer he has the rare capacity to produce a very wide range of sounds from electroacoustic to industrial noise, modern composition and experimental electronic music. He has performed and recorded with internationally renowed musicians such as Mika Vainio (Pan Sonic), Reinhold Friedl, Elliott Sharp, Joey Baron, Zeena Parkins, Ars nova ensemble instrumental. The uniqueness also comes from Vigroux’s artistic approach that integrates new media and performing arts. Since 2009 he designs trans-disciplinary shows and collaborates with Compagnie D’autres Cordes, a production compagny dedicated to digital arts audiovisual and live performances. His work has been shown worldwide in major international festivals.

Based is France, Cie d'Autres Cordes is dedicated to the production and booking of new music and transdisciplinary projects in an aesthetic current where sound art, experimentation, contemporary expression, intersect improvisation, new theatrical writing, multimedia and dance. The Company is supported as "compagnie conventionnée" by the French Government and the Region of Occitanie.